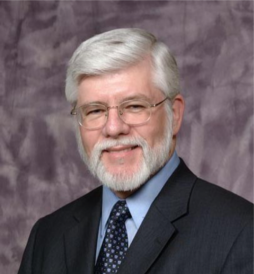 Raymond Gannon Scholar-Evangelist for “All Israel”

Ray Gannon has been on the frontlines of Jewish evangelism, Messianic congregation formation, and higher education for over 50 years. He has pioneered Jewish ministries from California to New York, founded the Israel College of the Bible in Jerusalem, Israel, functioned ten years as a visiting professor at the Assemblies of God Theological Seminary, and led the Messianic Jewish Studies program for eight years at The King’s University in Dallas, Texas. He functions too as the National Jewish Field Representative for the U.S. Assemblies of God (since 2003).

Kassiani, Ray’s European (Greek) wife and Jewish ministry partner of 53 years, is mother to their three grown children and grandmother to their 14 grandchildren. 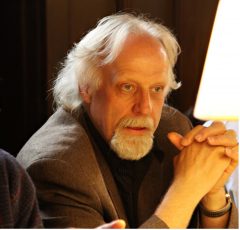 Rev. Bill Bjoraker, PhD., is an Assemblies of God US missionary to Jewish people. He and his wife Diana have served as missionaries to Jewish people for nearly 30 years; eight years in pastoral and teaching ministries in Tel Aviv, Israel in the 1980s. Two of their sons were born in Israel. Their third son was born in Los Angeles.

Bill a specialist in Jewish studies and holds a Ph.D. from Fuller Theological Seminary’s School of Intercultural Studies (2007).

He is also part-time faculty at William Carey International University (WCIU) in Pasadena, CA, and has been adjunct faculty in the Messianic Jewish Studies Department at the King’s University, South Lake/Dallas, TX.

Bill founded Operation Ezekiel, Inc. in Southern California, an outreach and teaching ministry to Jewish people, and to the church at large.

Bill has been employing oral strategies and storytelling as an instructor for Simply the Story, in Jewish ministry and in academia since 2008. 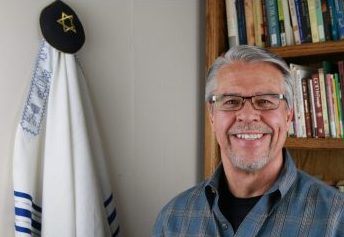 Brent Johnson has served as a credentialed minister in the Assemblies of God since 1986. He answered a call to pastoral ministry, serving for over twenty years as a lead pastor. Since 2011, Brent Johnson serves as an Assemblies of God World Missionary with Jacob’s Hope, a global ministry bringing hope to Jewish people around the world. He was appointed Director of Jacob’s Hope in September of 2014.

Brent accepted salvation as a child and always knew he would serve in ministry in some capacity. He served in bi-vocational ministry for several years prior to accepting a full-time ministry appointment. He holds an MST from Pentecostal Theological Seminary and actively teaches and speaks at churches, leadership conferences, and Bible Schools in Argentina and Ethiopia as well as in the US. Brent is currently engaged in international ministry efforts in Ethiopia, South America, Eastern Europe, and of course, Israel. 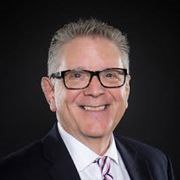 RICH FORSTER desires to utilize his Leadership and Business experiences, Sales and Management Training, Entrepreneurship and Business Development, to Coach, Train and Mentor those aspiring towards their personal, spiritual and business goals. 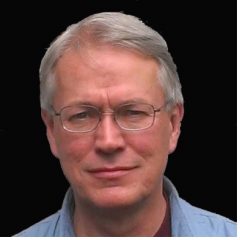 Lon Wiksell grew up in Iowa, the son of an Assemblies of God Pastor. He completed his first two years of college in Iowa before moving to Springfield Missouri in 1970 working at Evangel University as a computer analyst/programmer where he met his future wife, Fran. They were married in 1972 and have two sons, Ryan (1979) and Brendon (1982) and five grandchildren.

He later worked for Drury University and Missouri State University, where he also completed his BS and MBA in 1978. Then after working at Phillips Petroleum Company for ten years in IT Project Management, they moved to Tulsa where Lon studied at Oral Roberts University (ORU) receiving his M.Div. in 1992. At that time he also became a credential minister in the Assemblies of God. In 2013 he received his Doctor of Ministry degree in Messianic Jewish Studies from The King’s University (TKU).

While at Evangel Lon studied “at the feet” of Dr. William Menzie and Dr. Robert E. Cooley, which fueled his interest in the historical context of first century Israel. While working at Phillips, Lon continued his first century interest by reading Biblical Archeology Review, watching Zola Levitt and in 1988 completing the third level of course work necessary for ordination at Berean School of the Bible (now part of Global University).

Lon and Fran were co-founders and co-leaders of Or HaOlam, a Messianic Jewish Synagogue in Overland Park Kansas, from 1995 to 2002. They then went on to start House of Messiah in 2004, devoted to understanding the words of Yeshua within their historical context and celebrating the seven biblical festivals as a pattern of personal and community life. Lon and Fran merged House of Messiah with Kingdom Living Messianic Congregation, a Tikkun congregation, in 2012, where he now serves as a pastor/elder. 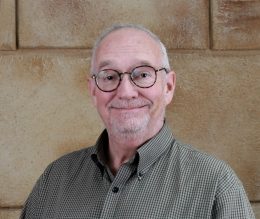 Rev. Wade Clark is an ordained minister with the Assemblies of God. He has been in pastoral leadership roles for many years. Wade and his wife Debby serve as Assemblies of God World Missionaries ministering to Jewish people in Israel and around the world. Current and past ministry assignments include: Peru, Israel, Ukraine, Dominican Republic, El Salvador, Africa, as well as several US towns. Wade is a certified Assemblies of God AGPC level three coach and also an Acts 2 Journey Trainer.

Wade and wife Debby have been following God for close to 40 years. They responded to His call to enter full time ministry when in 2007 they sold their business. Originally from Maryland, they currently live in Ozark, Missouri. Their five married children and eight grandchildren reside in the mid-Atlantic states.